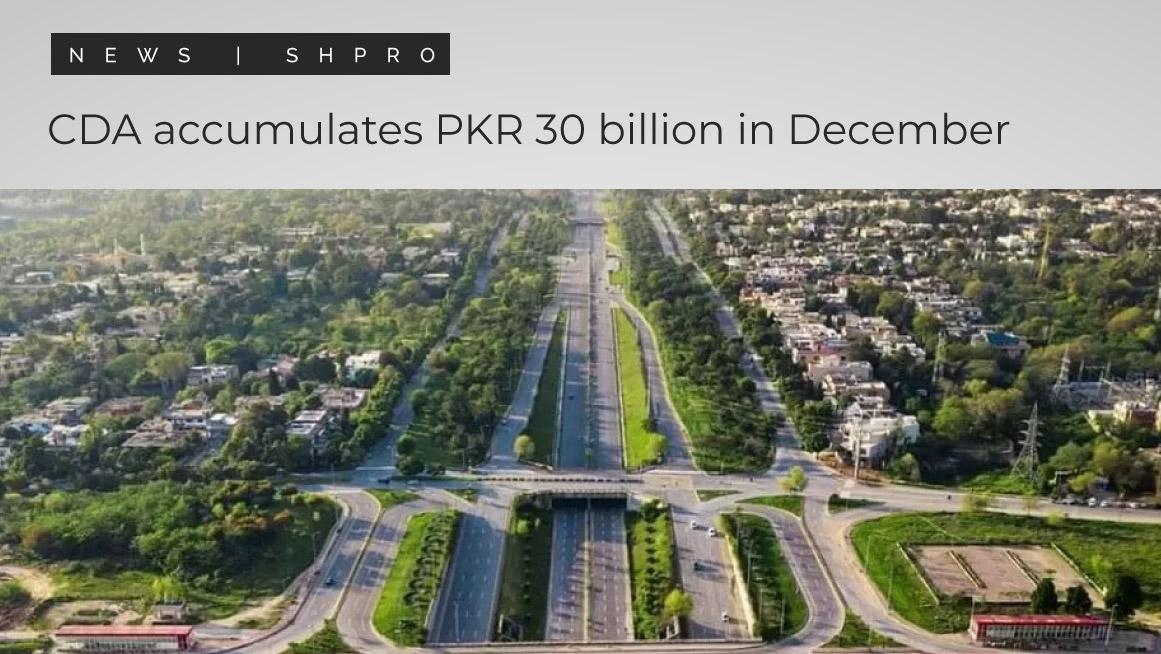 ISLAMABAD – The Capital Development Authority (CDA) is prepared to collect the target revenue by the 30th June deadline, which is the current fiscal year for the body.
Various sources have reported that a CDA official has the authority has generated PKR 30 billion in December, an 80% increase from its projected 24 billion for the month. This revenue was made primarily from plot auctions and tax collections. The official has also stated that the civic body is anticipating the target of 50 billion to be reached during the second half of the current fiscal year.