Construction of Dir Motorway project to commence in the near future 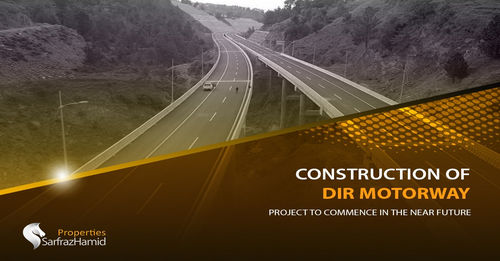 SWAT – As reported by news outlets, Malakand Division Commissioner Syed Zaheerul Islam spoke at a meeting that work on the recently approved 29+ km Dir Motorway will start in the near future.
According to the details shared during the meeting held at Saidu Shareef, the four-lane dual highway project includes twenty-four bridges, seven subways, three toll plazas and interchanges, two tunnels, among other additions. The meeting also discussed the connection of mosques to renewable energy, with 750+ mosques being solarized under the initiative and the aim to convert other mosques to a renewable energy source by April 2022. In addition, the meeting also discussed the small hydropower projects that are currently underway in Malakand, where a total of 195 projects are planned.