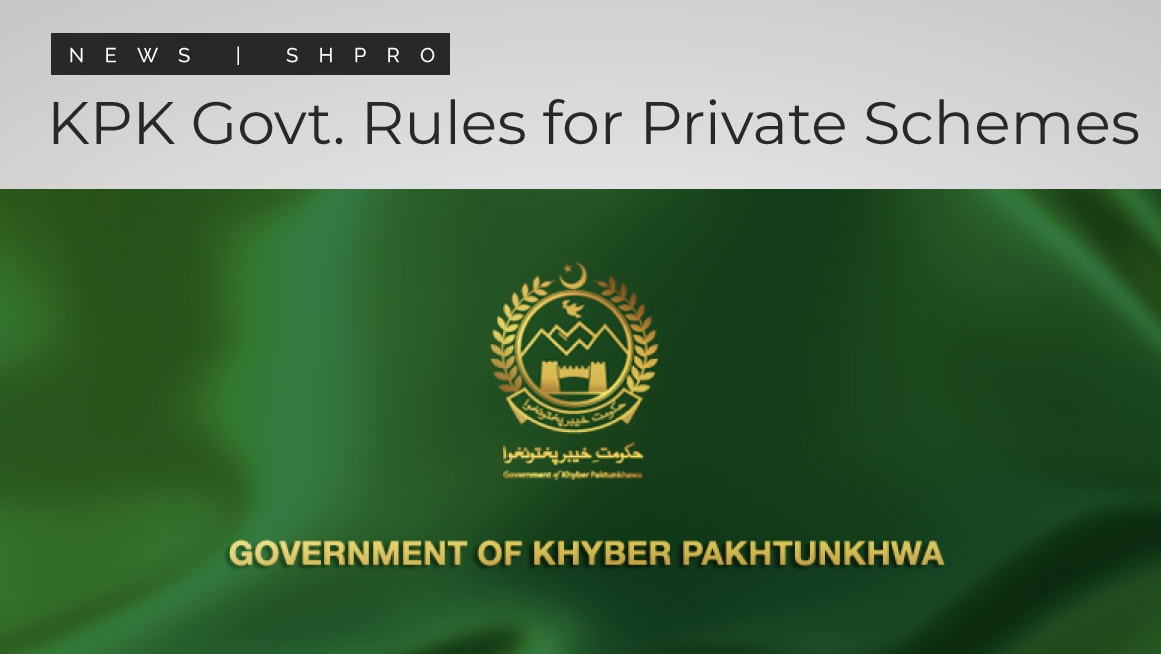 PESHAWAR – As reported by a news source on the 12th of December, the Khyber Pakhtunkhwa government recently revealed its housing regulations for private schemes across the province to follow.
The KP government has divided private schemes into five categories, each having their own requirements for housing societies to follow. Any society occupying more than 500 kanals will be designated as ‘Mega’, between 200 and 500 kanals will be ‘A’, between 100 and 200 will be ‘B’, 50 and 100 will be ‘C’ and any society that occupies less than 50 kanals of total area will be designated as ‘D’. Additional restrictions also include the maximum width for roads and streets, the maximum area allowed for a house to be built in certain societies, the minimum area needed for the construction of cemeteries as well as for garbage disposal, among others.