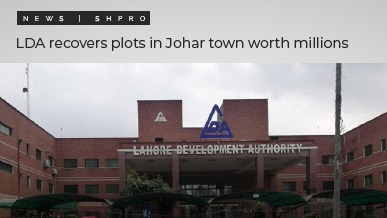 LAHORE – As reported by various news sources, the Lahore Development Authority (LDA) revealed their reclamation efforts of 15 plots combined from both Mustafa Town and Johar Town.
Organized by Director General Ahmed Aziz Tarar, these 15 plots worth millions were retrieved illegal occupants via clampdowns in both societies individually; one such plot included a single-storey house that was sealed shortly after the occupants were evicted. The plots were reclaimed by officials of the Estate Management Directories.