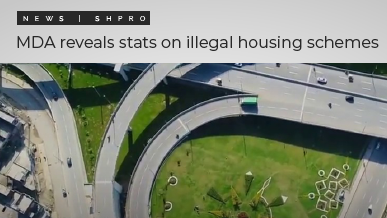 MULTAN – As reported by a news source on the 24th of December, the Multan Development Authority (MDA) has finalized its survey of housing schemes within the city and concluded that the majority of schemes have been set up illegally.
Out of 200 schemes observed, only 18 were found to have gone through the proper procedure to obtain approval from the authority. Additionally, the MDA has stated that they have contacted the proper authorities such as National Accountability Bureau (NAB), but so far no legal action has been taken.
According to the MDA Director-General Agha Muhammad Ali, the authority has also obtained a mandate from the Punjab High Court to launch a crackdown against these societies and also issue First Information Report (FIR) against violators.