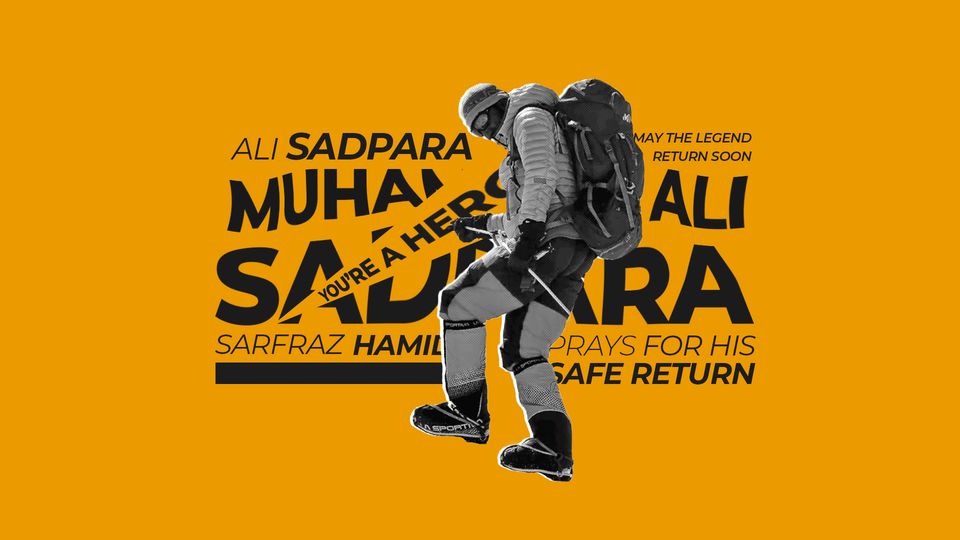 It’s not often that we come across a living legend, but it is a shame that we sometimes become aware of one only during times of distress, ours or theirs. Muhammad Ali Sadpara, the topic of this article, is an individual well-known for his expeditions and well-regarded for his mountaineering skills. With an impressive resume which includes the first ever winter summit on Nanga Parbat in 2016, Sadpara is an accomplished personality who has become a shining example of Pakistani perseverance and human endurance.

Recently, Sadpara lead a group of mountaineers through an expedition towards the peak of Mount K2, the second highest mountain on Earth. Their trip was routine, no different than any other excursion they took in their professional career. However, this one is feared to be their last; as of this writing, they have yet to confirm their presence on the treacherous heights after sharing their last bit of communication with the world.. Multiple outlets have shared that the government and various private agencies are making a collective effort to locate their position. Unfortunately, because this distressing news has been circulated since the past week, the worrying fantasy is becoming a horrifying reality with every second that passes.

While we ultimately cannot deduce their final fate, we still cannot deny the possibility that this great personality and his colleagues may have passed on from this world. But as long as our fellow man still holds onto the ambition, the slightest chance that they may be alive, so will we. They are clever men; they can survive a week in a man-made igloo. They may be radio silent, but it is our heartbeats that deafen us.
In the words of the late, great Quaid-e-Azam Muhammad Ali Jinnah, “Hope for the best, prepare for the worst.”