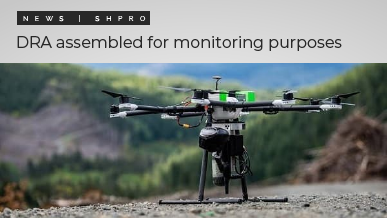 ISLAMABAD – As reported by a news source on the 22nd of December, the government has disclosed its decision to set up a Drone Regulatory Authority as a means to surveillance and regulation within various fields.
The Minister for Science and Technology Fawad Chaudhry discussed the practicality of this newly-organized authority with Prime Minister Imran Khan, explaining that the use of drones can help with both engaging in and monitoring the processes of agriculture as well as providing constant airborne surveillance.
The PM has allowed the minister to formulate a draft that discusses the nuances of the civic body, to be submitted within a month’s time. This follows another draft policy written by concerned authorities, which discusses the use of unmanned aerial vehicles such as drones and quadcopters