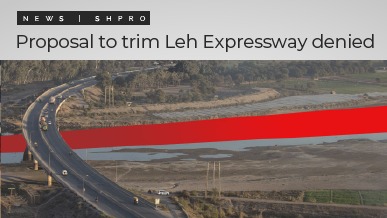 RAWALPINDI – The Interior Minister Sheikh Rashid Ahmad rejected the proposal suggested by the Rawalpindi Development Authority (RDA) to shrink the distance covered by Leh Expressway, as reported by a news source.
The original cost for building Leh Expressway was estimated to be approximately PKR 80 billion, which also included the construction of roadways on both sides of the Lai Nullah river as well as related land acquisition. However, the RDA attempted to slash the budget by 30 to 40 billion so as to please possible future investors of the project.
As an alternative, the Interior Minister asked the RDA to work on PC-I so as to gain final approval from Chief Minister Usman Buzdar.