Top 6 historical locations in Lahore for ‘classic’ tourists to visit 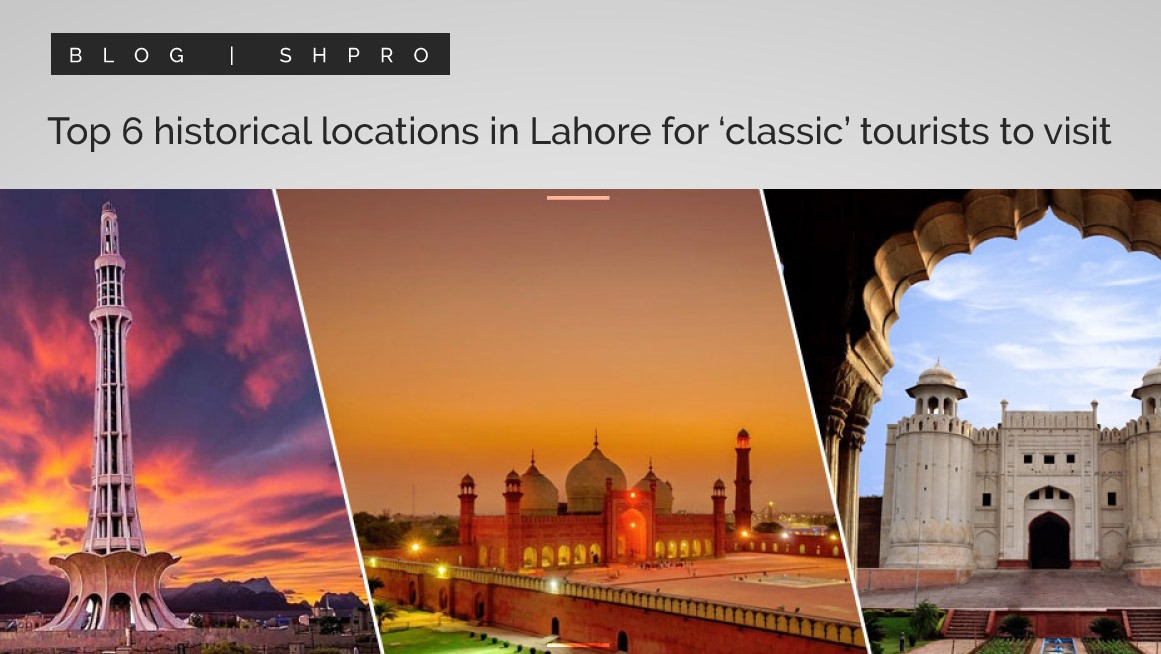 If you think about it, Pakistan is not that old a country. It is only 74 years old at the time of this writing; compared to other nations, Pakistan is still a ‘youngling’. Having said that, Pakistan has no shortage of monuments, memorials, buildings or even locations when it comes to sharing the legacy and history of the country, before and after it was established as a separate nation from Pakistan.
There are many physical examples of history that you can look for in Lahore alone. But below you will find our top 6 destinations, in no particular order, for any ‘classic’ tourist to visit and experience

It has become an unwritten rule that this historical monument must be mentioned in a list like this. Erected on 23rd March 1940 to commemorate the Lahore Resolution, the Minar-e-Pakistan was, and still is, the de facto symbol of Lahore. It is a renowned landmark that helps define not only the city, but Pakistan as a whole. Because of this, the ‘Eiffel Tower Effect’ is in play; it would be very difficult to imagine this city without this memorial for independence.

The landmark is situated within the Walled City of Lahore. You can find the exact location by clicking on this this link.

As the name implies, this was built as a fortification against any invading forces. An icon of the 17th century, the Lahore Fort was an oft-inhabited area by occupied by various rulers and their subjects. It is now a popular tourist destination, acting as a memorial of sorts for its generation. The fort houses multiple structures; the Naulakha Pavilion with its precious and semi-precious stones, the Picture Wall adorned with various artistic beauties, the Sheesh Mahal with its white marble and reflective glass tiles, and various other architectural features.

This fort is located within the Walled City of Lahore. You can find the exact location by clicking on this this link.

This third destination is starting to follow a pattern, a theme that the Walled City of Lahore carries an ancestral pedigree. Badshahi Mosque was built in 1671 by Emperor Aurangzeb primarily as a monument for his military campaigns. The mosque is renowned for its architectural beauty, such as intricate designs involving carved marble and elaborate plasterwork within its interior. A masterpiece from the Mughal era of Pakistan, this mosque still serves it purpose of providing a place for daily worship for Muslims to this very day.

You can find the exact location of this mosque by clicking on this this this link.

Finally, something NOT from the Walled City! Wagah is a village found in the Wahgah Zone in Lahore. The village is most famous for the daily ceremony enacted by the militaries of both Pakistan and India. The village shares a border with a town known as Attari within the neighboring country of India, and on the border gates, an act synchronicity is carried out between the two warring nations. It is one of the few times the two countries are in complete neutrality, with excited onlookers rooting for their homestead as the border closes down every evening.

The ceremony, and by extension this town, is technically considered historic since it is jointly followed by the two countries since 1959, 12 years from independence, and is cultural significant for its daily showcase of militaristic cooperation. You can find the location of this town by clicking on this link.

This lavish building used to be a mansion for Nau Nihal Singh, the 3rd Maharaja of the Sikh Empire and grandson of Maharaja Ranjit Singh. It used to be the personal domicile for the former, but has been repurposed to house the Victoria Girls’ High School since the British colonial era. Considered one of the finest examples of Sikh architecture in Lahore, it is the only haveli from that era that has its original architecture and ornamentation intact.

Haveli of Nau Nihal Singh is found in the southern half of the Walled City of Lahore (surprise!). You can find the location of this building by clicking on this link.

This entry in the list in not about the architectural past of the city, but instead a showcase of the country’s greatest, most prolific and pioneering artists. The Lahore Museum was first built in 1865 but was opened to the public in 1894 to a new location. This building houses various pieces of art, from sculptures to paintings, with relics of the Indus Valley civilization to a mural by renowned Pakistani artist Sadequain. This building basically functions as a trip down memory lane to remember and appreciate the works of artistic giants. 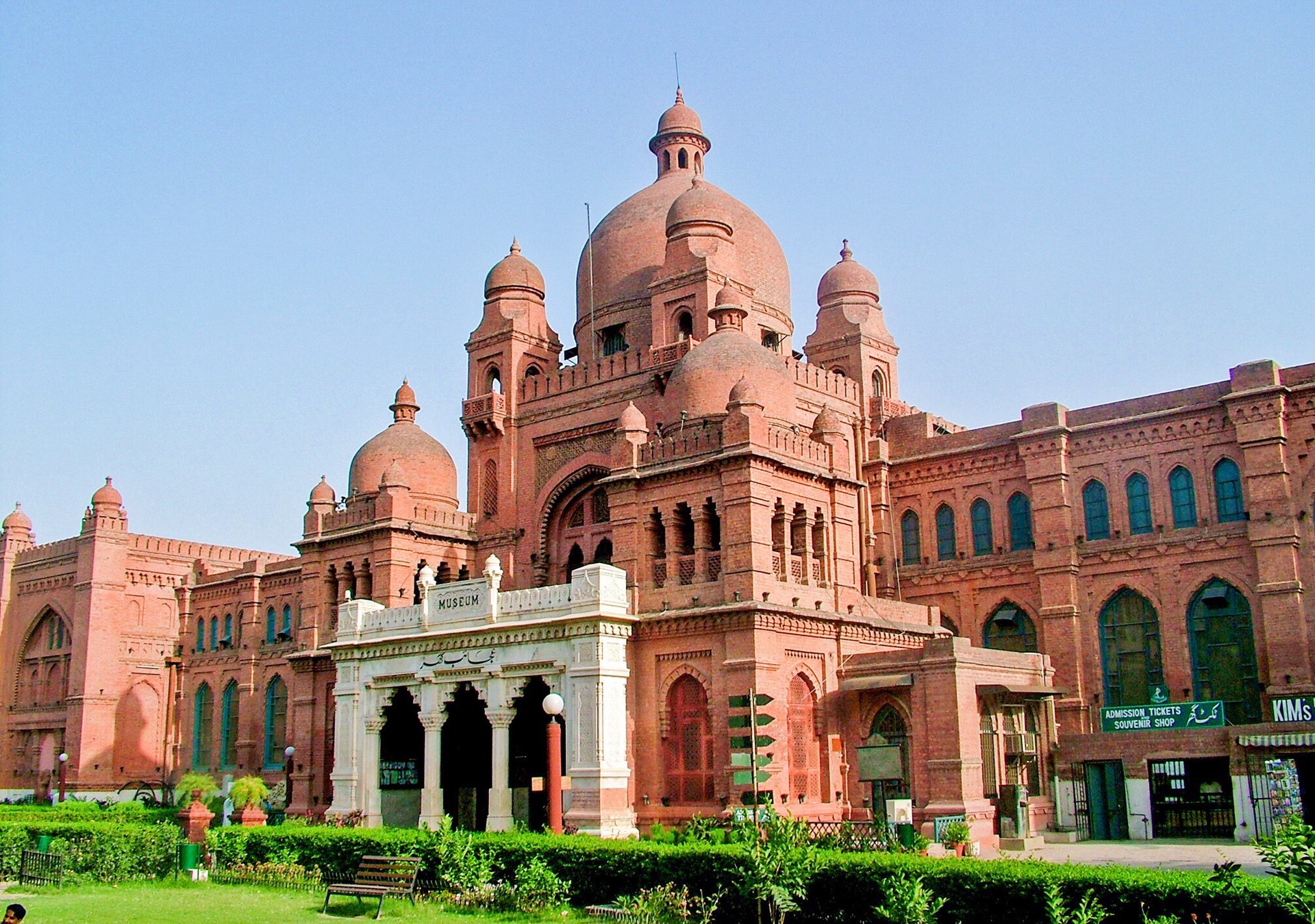 There are many more historically-significant places a tourist can visit in Lahore alone, but to list them all would ‘crash’ this website. We suggest that you follow our blog for any exciting features and articles, or you can catch up on real-estate news that we regularly update.