Quaid-e-Azam Muhammad Ali Jinnah – Failure is unknown to me 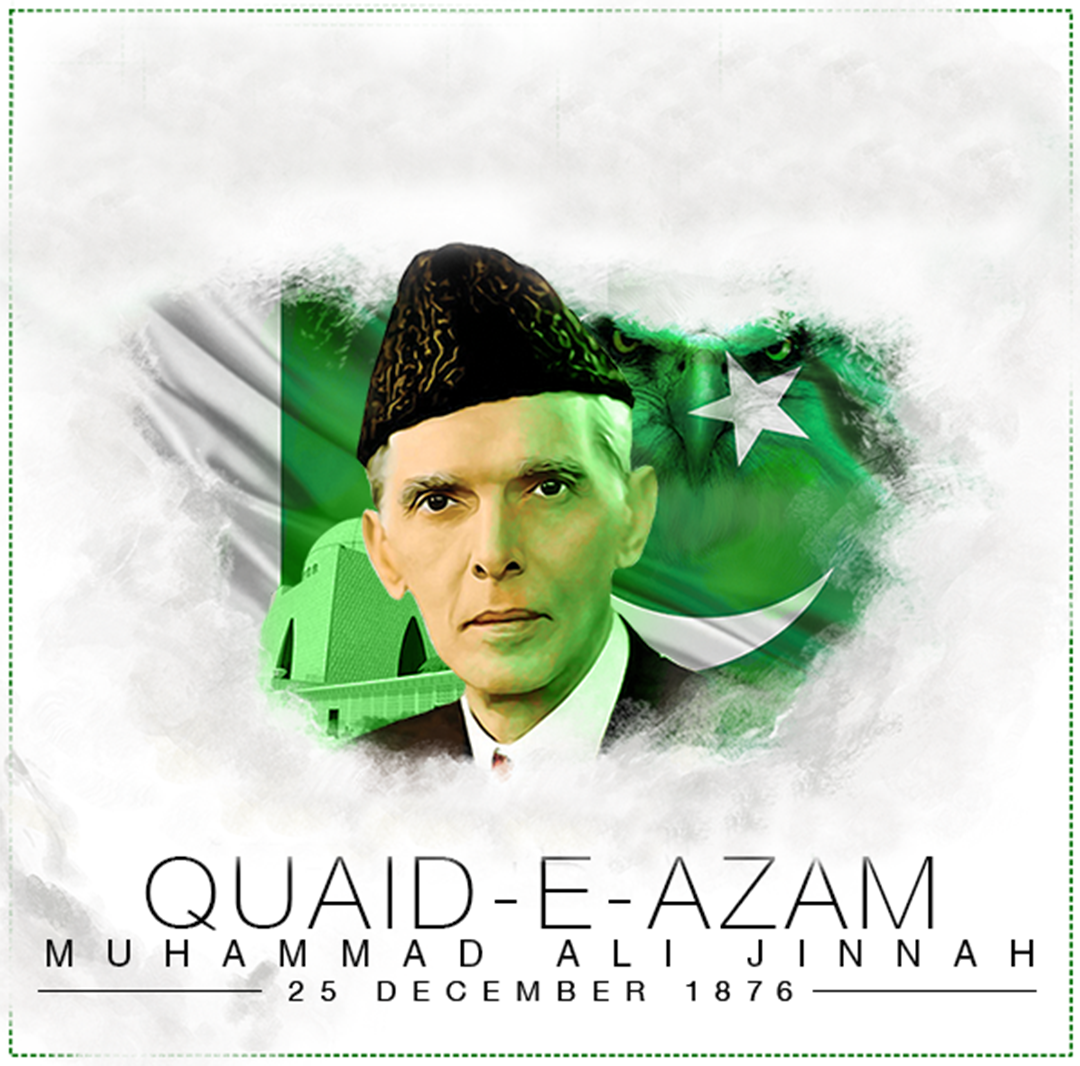 Mohammad Ali Jinnah, (25 December 1876 – 11 September 1948 in Karachi) was a Pakistani politician. He is the founder of Pakistan. After the partition of India, he became the Governor-General of Pakistan. As a mark of respect, Pakistanis call him Quaid-e-Azam, means “the great leader” also called him “Baba-e-Quam” due to his tireless efforts that led to the creation of Pakistan on the 14th of August 1947, Muhammad Ali Jinnah lived in several different cities and several different properties at various points in his lifetime

Salute to the greatest leader the subcontinent has ever seen!

Stay will us as we provide you with more information on each of these properties that were once home to the Father of the Nation.

“It was an auspicious day of December 25, 1876, when the founder of our homeland, i.e. Pakistan, was born.” Wazir Mansion now may be the widely accepted birthplace of Quaid-e-Azam, Mohammad Ali Jinnah, the founder of Pakistan. Once, his birthplace was misunderstood to be Jhirk, an old small town near Karachi, which was later revealed to be untrue.

Next on our list of Quaid-e-Azam’s homes in Pakistan, we have the Quaid-e-Azam House Museum, which was bought by Jinnah in 1943 as his family’s residence. Located in the heart of the city, near Saddar and Karachi Cantonment on Fatima Jinnah Road, this house is more popularly known as the Flagstaff House & Museum after an official move was made to modify its name. While Quaid-e-Azam spent his last years in the Governor’s House (discussed below) and did not get a chance to live here as much as he would have liked, he visited the house often. His sister Mohtarma Fatima Jinnah spent the most time in this residence, up until 1964, even after Jinnah’s passing in 1948.

The building was then acquired by the Government of Pakistan in 1985, and conservation efforts were made to convert it into a museum. The Flagstaff House is spread over approximately 10,000 square yards, with two floors containing three rooms each. The grounds of the Quaid-e-Azam House Museum are also home to 18 outhouses, 3 guardrooms, 4 garages, and a kitchen, which is now an administrative office. Limestone masonry, reflective of Wazir Mansion, supports the roof with red ceramic tiles protecting it from the harsh summer sun of Karachi.

Inside, the Quaid-e-Azam House Museum contains historical memorabilia of a bygone era, used by the Father of the Nation himself. Furniture, ancient lamps, crockery, and clothes used by the leader are creatively preserved and displayed everywhere. The study is the room that is most elaborately furnished using a reading table and chairs, along with table lamps and essential stationery. Wooden shelves stand tall here, filled with the crockery used by Jinnah and his sisters. The need for preservation has resulted in a centrally air-conditioned space that contains a fire-extinguishing system, a burglar alarm, as well as CCTV surveillance capabilities.

While the main house has retained its exterior charm, the annexe has been refurbished, with interior walls being broken down to create a larger hall and the roof being modified to prevent the structure from collapsing. Most of the outhouses have also been converted into storage areas and offices, but one of them was converted into a library in 2003 for the convenience of students and scholars. The gardens have also been redesigned with repairs and restoration work being done to return them to their former beauty and you can even see the vintage cars of Jinnah and his sister on display in the garage.

The Quaid-e-Azam Residency, also commonly known as the Ziarat Residency, was the last home of Jinnah during his lifetime. The Quaid spent two months and ten days before his death in Ziarat, where he was recuperating from poor health. Don’t forget to visit this house during your trip to Ziarat as this is the most famous landmark in the city.

The house is a beautiful wooden structure that was built during the British Rule in 1892 and is declared as a national monument. This region of Ziarat is surrounded by Juniper forests and offers a lot of scenic beauty. The house itself is also well lit with natural light, with wooden construction, 5 en-suite bedrooms, and a large central space for entertaining guests.

During his stay in Ziarat, Quaid-e-Azam stayed in one of the three bedrooms on the first floor, with the other two being assigned to his nurse and his sister. The ground floor rooms were occupied by his assistant and his physician accordingly. Quaid-e-Azam Muhammad Ali Jinnah passed away in this very home, on the 11th of September 1948. The property still houses many of the personal effects of Jinnah and his small entourage.

The building has faced some wear and tear over time due to natural calamities, but the artefacts and photographs inside have been well-preserved, taking you back in time to when this was converted into a summer residence for the Governor-General of Pakistan. If you take a look at the history of Pakistani currency, you will also find the Ziarat Residency on the back of a PKR 100 note, since the year 2006.

As the final resting place of Quaid-e-Azam Muhammad Ali Jinnah, the Mazar-e-Quaid deserves a mention as it is his eternal home. Also known as the National Mausoleum or the Jinnah Mausoleum, it is designed in a modernist style that was popular in the 1960s. The tomb is also the final resting place of his sister, Mader-e-Millat (Mother of the Nation) Fatima Jinnah. The first Prime Minister of Pakistan, Liaquat Ali Khan, is also buried on the premises.
After being completed in 1970, the Mazar-e-Quaid became an iconic landmark of the city of Karachi, seen from far and wide due to the lights that illuminated the white marble structure in the night sky. The adjoining 53-hectare gardens hold great charm for families visiting the tomb, as they pay their respects to a great leader and then enjoy a small picnic in the park with their kids. The gardens are designed with successive terraces leading away from the tomb in four different directions, accompanied by fifteen fountains leading to gates on each side of the park.
Aside from being a place for recreation, it is also venue for special occasions when tributes are paid to the Father of the Nation on 14th August (Independence Day), 23rd March (Pakistan Day), 11 September (the death anniversary of Muhammad Ali Jinnah), and 25th December (Jinnah’s birthday). Official tours to the mausoleum are also conducted when foreign dignitaries visit the city.
This wraps up our detailed overview of Quaid-e-Azam’s homes in Pakistan. Most of the homes are open for visitors, even though certain areas might be off-limits, and photography may not be permitted inside the premises. If you’re in Karachi on the 25th of December, do visit the Mazar-e-Quaid and pay homage to a great leader who gave us freedom and a unique identity as Pakistanis.